Home
Blog
What is SEPA and How to Accept It

What is SEPA and How to Accept It 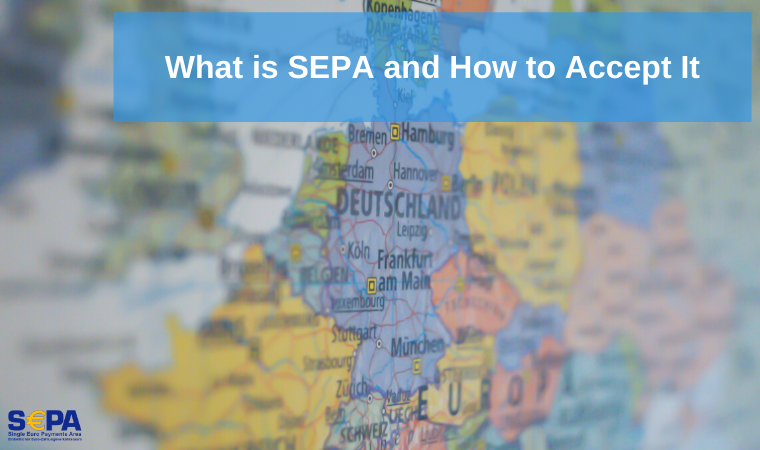 There are plenty of ways to accept payments and get paid. Business owners working in Europe should be aware of SEPA. As the main SEPA goal is to ease payments across all the euro- and non-eurozone, we’ve decided this article will come in handy for all businesses from Europe.

We are going to discuss what SEPA is, how the process works, and take a look at SEPA transfer types. So, without further ado, let’s start.

SEPA stands for a Single European Payments Area. SEPA is a “financial child” of the European Commission, national governments, and the Eurosystem. The European banking and payments industry was the one to launch it in 2008. SEPA finalized the euro introduction as a single currency. So, it was vital for Eurosystem to make SEPA project successful.

Its goal, basically, is to fine-tune non-cash payments across Europe and simplify bank transfers. Bank transfers should feel like the ones you do within one country. The only difference is you are able to make them all around the specific area.

Overall, SEPA makes a positive impact on the European economy efficiency. Firstly, thanks to standardizing the payment procedures within Europe. Secondly, by wiping off the differences between in-country and cross-border transactions.

SEPA, as a payment method, has been successfully working for 12 years now. Let’s take a look at how the system has been evolving over the years.

The system influenced the European economy competitiveness. It boosted the creation of unified financial instruments and standards. That, in its turn, helps to make SEPA payments in a safe and hassle-free way.

As SEPA is a trans-national type of payment, it has required some effort to make it possible. The first stage was introducing credit transfers and then direct debits (which started working later than planned).

And let’s take a closer look at two of these payment schemes.

SCT is an instant type of payment. We can describe its operation type as 24/7/365. Credit transfers enable money flow from bank to bank. The scheme uses IBAN to transfer funds. Both businesses and customers use SCT.

This type of payment is gaining momentum. European Central Bank reports that credit transfers increased by 4.7% in 2018. It reaches 21 billion now. There is some data about SEPA Credit Transfers during 2018. 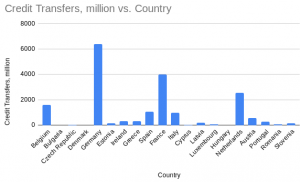 As we can see from the chart, some countries are taking part in the scheme somewhat active. Germany, France, and the Netherlands are top-three EU countries to adopt this payment method. The main scheme currency is euro.

When it comes to SDD, this scheme uses two sub-schemes. The first one targets individuals; another one works for B2B. Accordingly, the one sub-scheme is Core SDD, while another one is B2B SDD.

The SDD scheme is recurring. Moreover, it’s cross-border but within the European Union. To initiate the payment, the payer has to provide a signed permit to the payee. Besides, the merchant receives the following information IBAN, BIC, name of the account, and its number. Once again, the payee must hold the mandate from the customer that proves the authorization for the recurring payments. 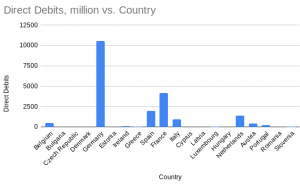 Once again, the same countries (Germany, France, and the Netherlands) lead in the SDD scheme likewise SCT. Note, no data on the graph (e.g., Bulgaria, Latvia) means, the EPC could not confirm the number of direct debits.

Summing up SCT and SDD schemes, it’s important to mention, there are no statistics on the SDD B2B scheme and SCT Inst.

What are SEPA countries? 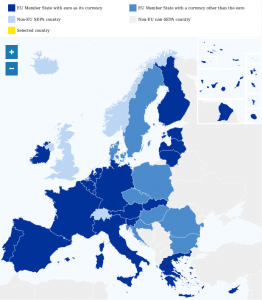 SEPA covers various countries and zones. Each of them has its own peculiarities. Here is a table for you to help. 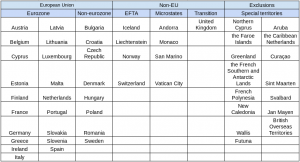 As it is clear now, the scheme aims to create a unified payment system for cross-border transfers. Those EU-based transfers and bank transfer within the EU country should be the same in terms of charges and easiness.

As the European Commission puts it, there is a special Regulation #924 that has been systemizing the cross-border payments since 2009. The main goal of it is to ensure banks charge the same fee for country-wide and trans-border e-payments.

The principle of even fees for all across-EU and domestic economies works for the following e-payments:

Moreover, this principle applies not only for eurozone SEPA members. Countries using national currency can still participate. For instance, Romania and Sweden have decided to follow this Regulation.

In 2018, the Regulation introduced more benefits for individuals and businesses out of the eurozone. So, the cross-border transactions equal the domestic ones. Also, the banks have to notify the customers about the current currency conversion rate.

How to accept SEPA payments

So, basically, SEPA allows transfers between European checking (deposit) accounts. The transfers’ flow goes in euro and uses IBANs to the identification of the banks and accounts.

Once shopping, the customer chooses SEPA as the payment method. Then s/he needs to fill in the name and the IBAN. Then the shopper confirms the order.

All-in-all, to be able to accept SEPA payments, merchants need to negotiate this opportunity with the payment service provider.

PaySpacelv, in its turn, enables payouts via SEPA for the merchants. To benefit from this payment method, the merchant should have an EU-registered company and a euro bank account within the EU.

Non-cash payments have become a huge thing in Europe over the last years. The convenience and affordability of SEPA also influence on this payment type increase. SCT and SDD each accounted for 23% of the total payment amount in 2018.

SEPA notably decreases the transfers’ cost thanks to unified rules and instruments. As you can see from the article, businesses and individuals from 36 countries are already using this method.

We, at PaySpacelv, want to ease the process of receiving income from your clients. That’s why we offer payouts in SEPA for EU-registered companies with euro bank accounts.